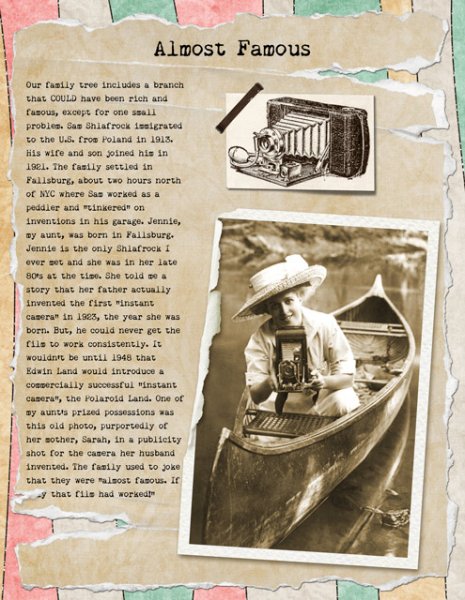 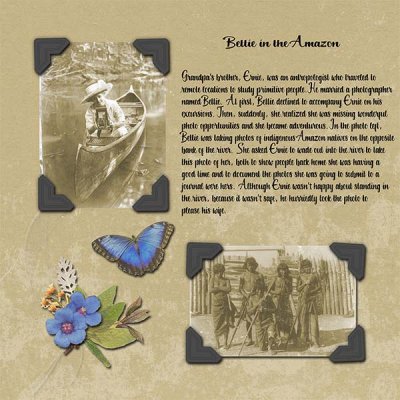 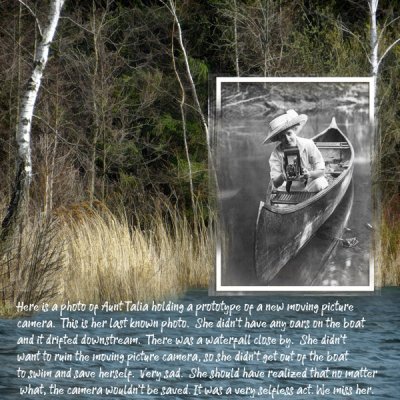 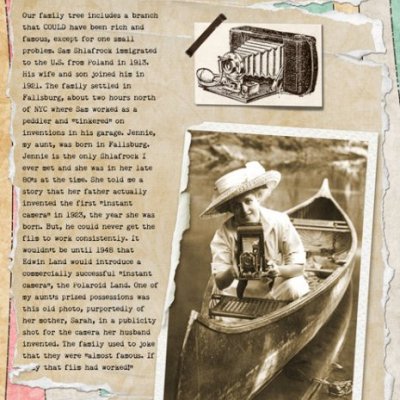 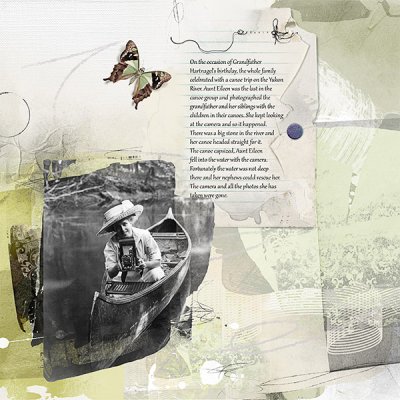 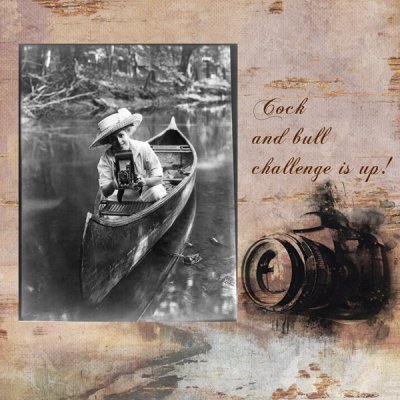 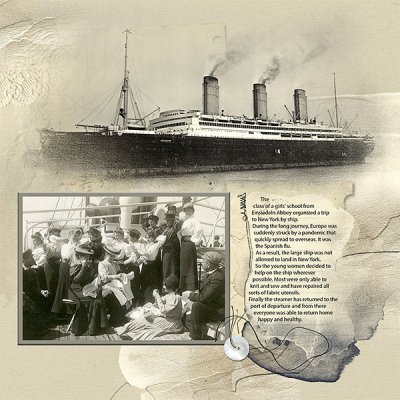 JOURNALING:
Almost Famous
Our family tree includes a branch that COULD have been rich and famous, except for one small problem. Sam Shlafrock immigrated to the U.S. from Poland in 1913. His wife and son joined him in 1921. The family settled in Fallsburg, about two hours north of NYC where Sam worked as a peddler and "tinkered" on inventions in his garage. Jennie, my aunt, was born in Fallsburg. Jennie is the only Shlafrock I ever met and she was in her late 80's at the time. She told me a story that her father actually invented the first "instant camera" in 1923, the year she was born. But, he could never get the film to work consistently. It wouldn't be until 1948 that Edwin Land would introduce a commercially successful "instant camera", the Polaroid Land. One of my aunt's prized possessions was this old photo, purportedly of her mother, Sarah, in a publicity shot for the camera her husband invented. The family used to joke that they were "almost famous. If only that film had worked!"
CREDITS: PHOTO: supplied for challenge; KITS: "Optimistic" by Dawn Inskip; "Cliff Notes Warm and Fuzzy Edition" by Allison Pennington; "My Little Slice of Paradise" by Created by Jill; FONT: Remington Noiseless
Click to expand...
Reactions: Poppy
I love how you weave real facts and your clever fiction to create your story. Love that camera element to reinforce your story.
I agree, you do write a great tale. I love the background paper texture too, it adds to your story. What a pity it didn't work out him,because it sure is a great publicity shot.
Love the fabulous realistic story on the torn paper and page! And, thank you for always typing the journaling in the credits!
Love the journaling and the torn paper this is another amazing page by you..xxx