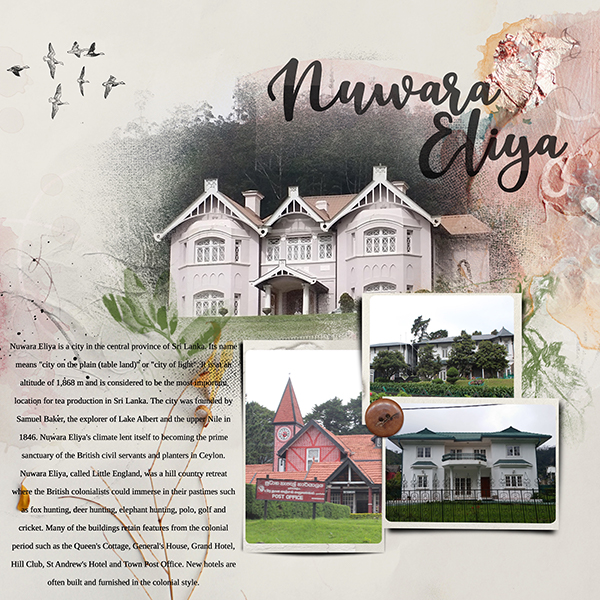 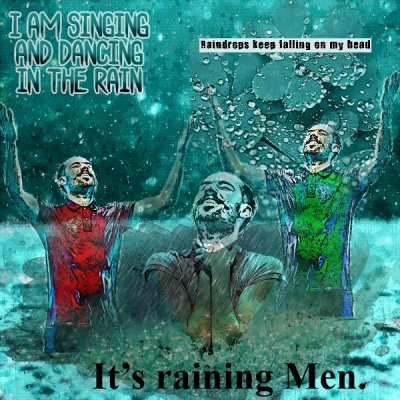 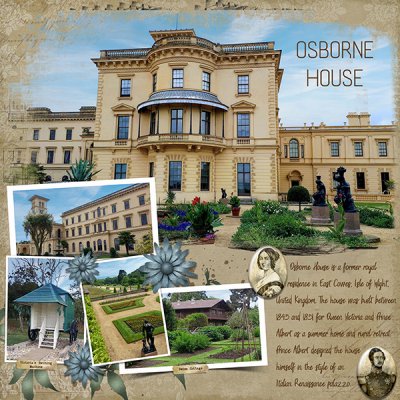 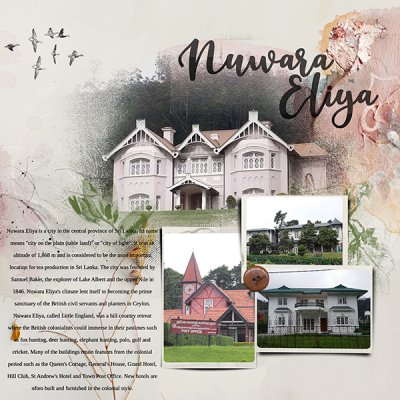 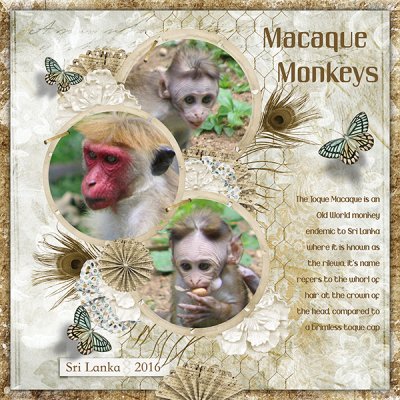 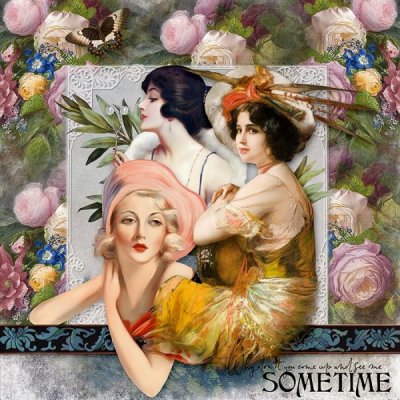 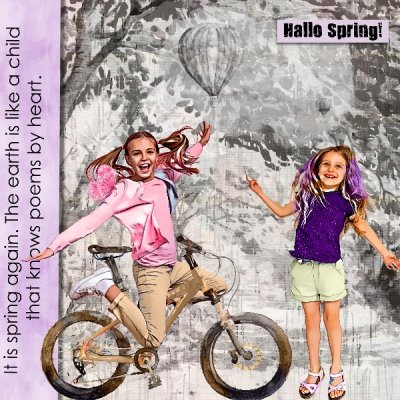 Anna Aspnes Layered Templates Autumn Album No.2
Art Play Palette Rudeneja
Images my own
Fonts - Beauty Dina, Tinos
Nuwara Eliya is a city in the central province of Sri Lanka. Its name means "city on the plain (table land)" or "city of light". It is at an altitude of 1,868 m and is considered to be the most important location for tea production in Sri Lanka. The city was founded by Samuel Baker, the explorer of Lake Albert and the upper Nile in 1846. Nuwara Eliya's climate lent itself to becoming the prime sanctuary of the British civil servants and planters in Ceylon. Nuwara Eliya, called Little England, was a hill country retreat where the British colonialists could immerse in their pastimes such as fox hunting, deer hunting, elephant hunting, polo, golf and cricket. Many of the buildings retain features from the colonial period such as the Queen's Cottage, General's House, Grand Hotel, Hill Club, St Andrew's Hotel and Town Post Office. New hotels are often built and furnished in the colonial style.
Click to expand...
Reactions: Migueline, Robyn, Blackthorne and 1 other person
Another page with an interesting journal I love the photos and the layout my cuppa tea wont be the same again I will be drinking in Nuwara Eliya and dreaming about all the things I could do.xxx
Karen, love the gorgeous photos and the interesting description. Thank you for typing the description in the credits.
Last edited: Apr 17, 2021
Wow Karen, what a stunning view of a period so long ago.
The description is very interesting. I am glad to learn more
about your families´homeland.
Fabulous layout Karen and some great journaling, very interesting and informativ. Thank you for taking part in the P52 challenge!! X
17th April, 2021.

Thank you so much Robyn, an honour