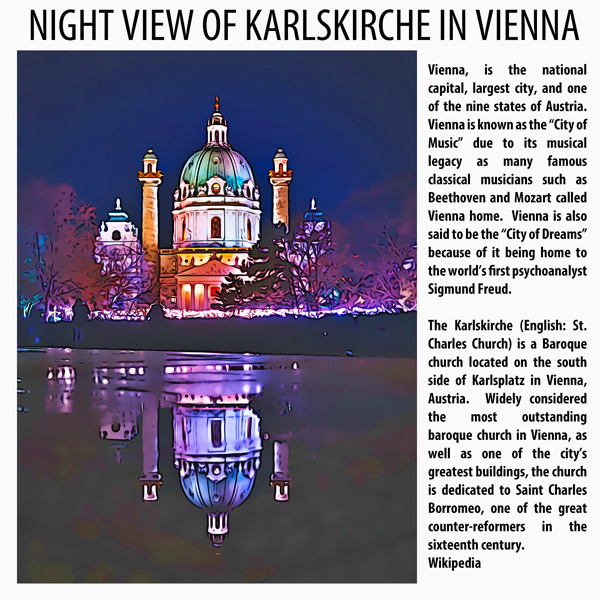 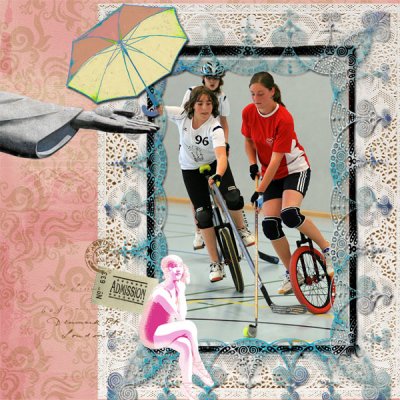 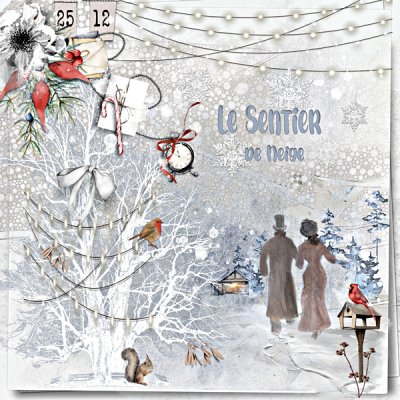 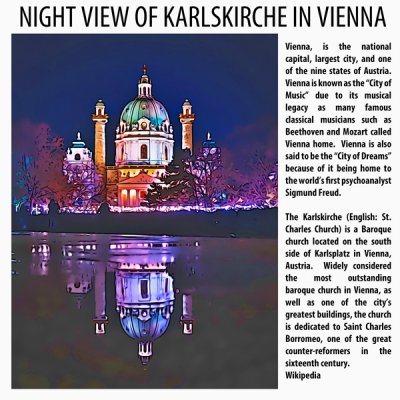 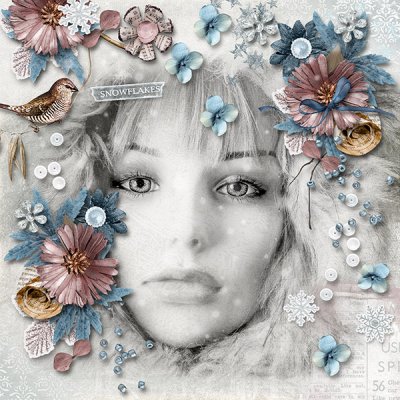 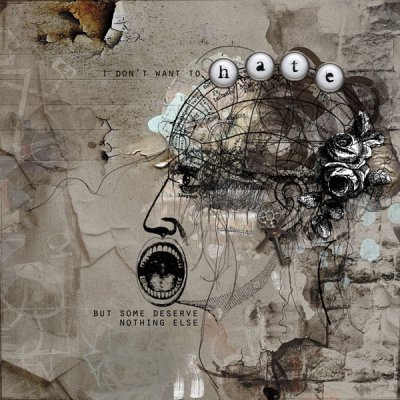 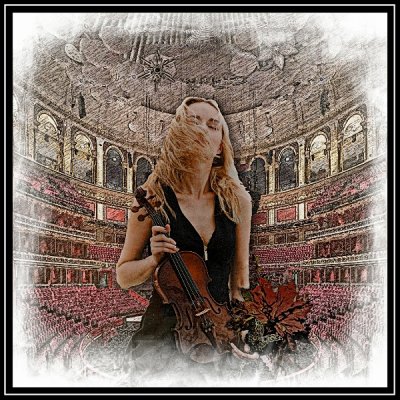 Vienna, is the national capital, largest city, and one of the nine states of Austria. Vienna is known as the “City of Music” due to its musical legacy as many famous classical musicians such as Beethoven and Mozart called Vienna home. Vienna is also said to be the “City of Dreams” because of it being home to the world’s first psychoanalyst Sigmund Freud.

The Karlskirche (English: St. Charles Church) is a Baroque church located on the south side of Karlsplatz in Vienna, Austria. Widely considered the most outstanding baroque church in Vienna, as well as one of the city’s greatest buildings, the church is dedicated to Saint Charles Borromeo, one of the great counter-reformers in the sixteenth century.
Wikipedia
Click to expand...
Reactions: Blackthorne, Migueline and doglvr49
Beautiful Project page, Grace - love the night scene and journaling.

Gorgeous page Grace! Love the beautiful photo, reflection and effects and the super journaling.
Wow, how beautiful this is, Grace. Love the wonderful night
view of the Church with reflection and the interesting story !