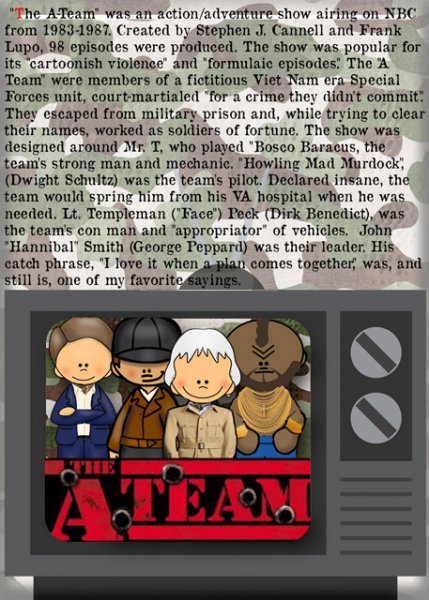 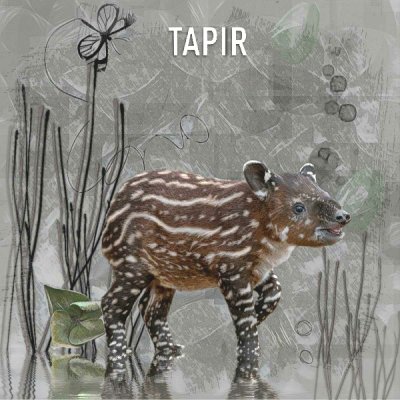 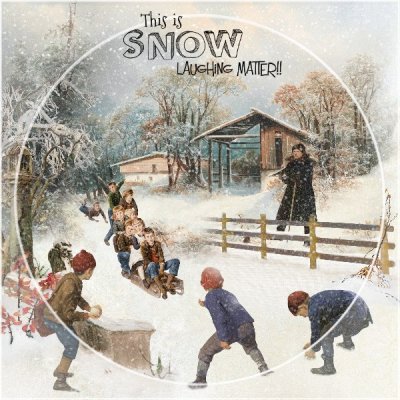 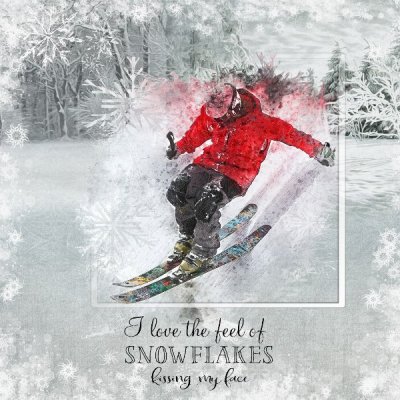 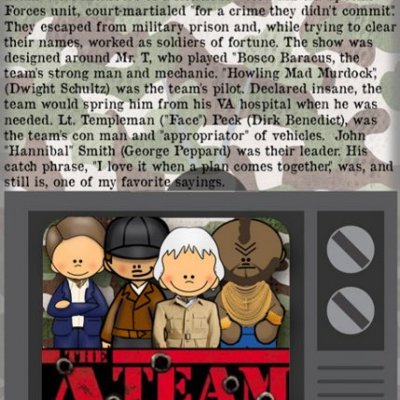 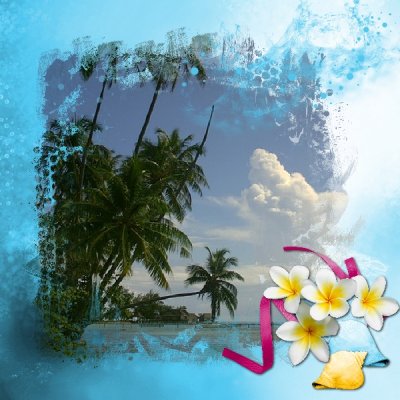 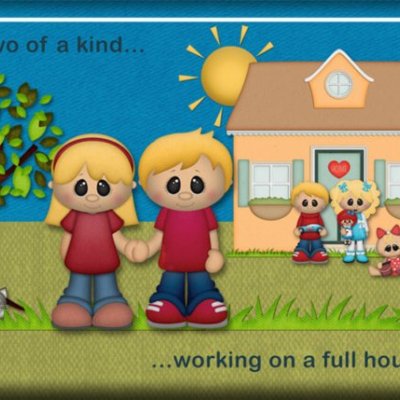 "The A-Team" was an action/adventure show airing on NBC from 1983-1987. Created by Stephen J. Cannell and Frank Lupo, 98 episodes were produced. The show was popular for its "cartoonish violence" and "formulaic episodes." The "A Team" were members of a fictitious Viet Nam era Special Forces unit, court-martialed "for a crime they didn't commit". They escaped from military prison and, while trying to clear their names, worked as soldiers of fortune. The show was designed around Mr. T, who played "Bosco Baracus, the team's strong man and mechanic. "Howling Mad Murdock", (Dwight Schultz) was the team's pilot. Declared insane, the team would spring him from his VA hospital when he was needed. Lt. Templeman ("Face") Peck (Dirk Benedict), was the team's con man and "appropriator" of vehicles. John "Hannibal" Smith (George Peppard) was their leader. His catch phrase, "I love it when a plan comes together," was, and still is, one of my favorite sayings. CREDITS: TELEVISION: from clipart library; KIT: "American Heroes" by Kathryn Estry; A-TEAM: by me; INFORMATION: from the web (and memory); FONT: Arial
Click to expand...
Reactions: Poppy, Grace and Tinisek digiscrap
Thank you for sharing your favorite show. I didn't know the show, it was never shown on TV.
Love the interesting and fascinating journaling and the illustration on your beautiful ATC! Thank you for joining in this week's Project 52 challenge.
Your A-Team is super. Lots of interesting facts I didn't know about the show.
my kids loved this show and wasn't Mr. T something else! Very well done on an ATC
The A Team was another fav of mine gosh seeing this really brings memories back thanks for jogging it with the your ATC.xxx
Great ATC and that was a great show x