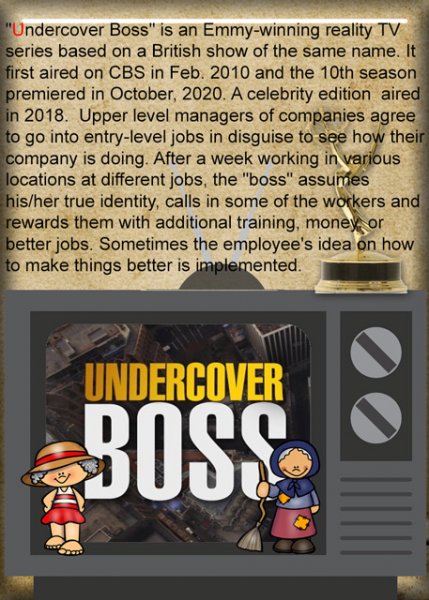 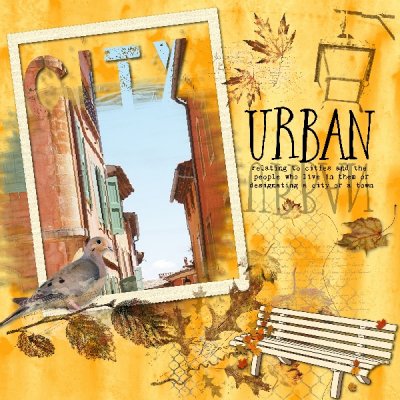 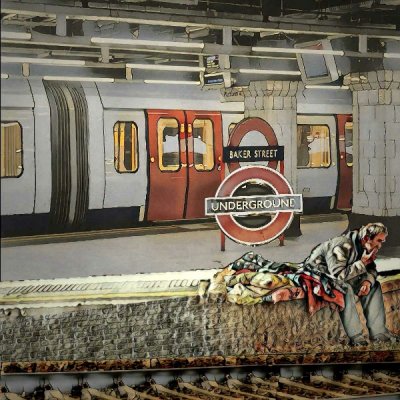 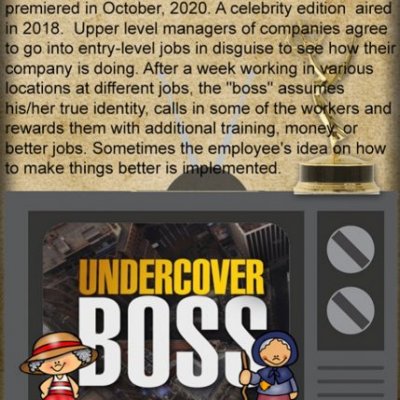 This is an ATC. JOURNALING: "Undercover Boss" is an Emmy-winning reality TV series based on a British show of the same name. It first aired on CBS in Feb. 2010 and the 10th season premiered in October, 2020. A celebrity edition aired in 2018. Upper level managers of companies agree to go into entry-level jobs in disguise to see how their company is doing. After a week working in various locations at different jobs, the "boss" assumes his/her true identity, calls in some of the workers and rewards them with additional training, money, or better jobs. Sometimes the employee's idea on how to make things better is implemented. CREDITS: Twitter; TELEVISION: from clipart library; INFORMATION: from the web (and memory); EMMY: KlipArtz; KITS: "Christmas Around the World" from EduClips; "Harvest Spice" by Shabby Princess; FONT: Arial
Click to expand...
Reactions: doglvr49, Grace and Migueline
Super ATC Kapoh! This TV serie looks very interesting, love the journaling information and the sweet characters.
Interesting journaling on the TV show Undercover Boss and cute images on your wonderful and beautiful ATC! Thank you for joining in this week's Project 52 challenge.
This is an interesting show but I had no idea it already was 10 years old. Love your "boss".
Fantastic ATC for the Project. I find this to be a really interesting reality show.