Challenge Host - August
Beautiful! Nice teexture - painting like and such a serene feeling. 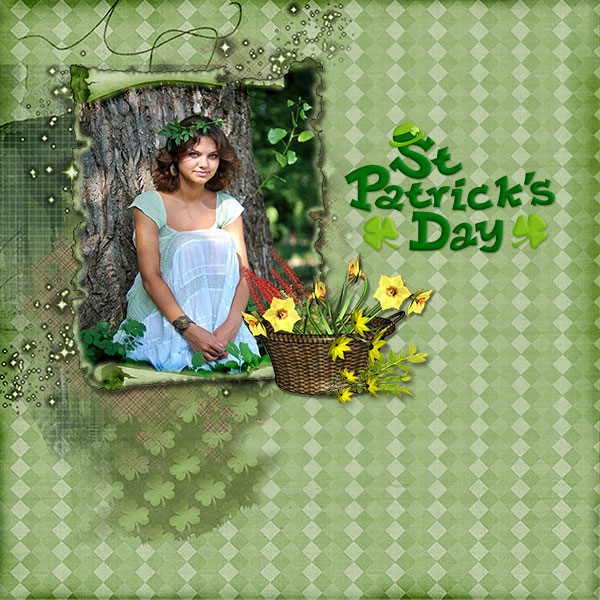 I've often wondered why St. Patrick's Day became so popular ... great masks under that photo and such an interesting frame, Sherry

Lovely photos and colors. Love the birds hopping around on your page.

Thank you for hosting Evelyn. I chose the lion, lamb, and the wood grain. 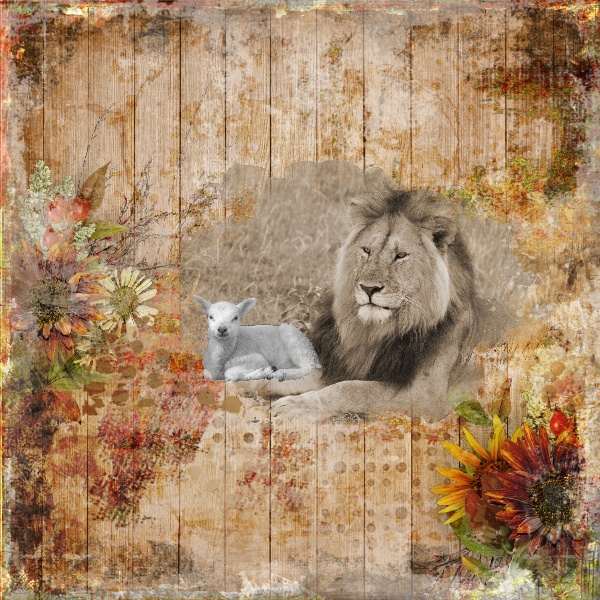 Diane, this is very appealing to me ... the colors - the photo, the wood and the flowers are all so natural ... wonderful brush work and mask 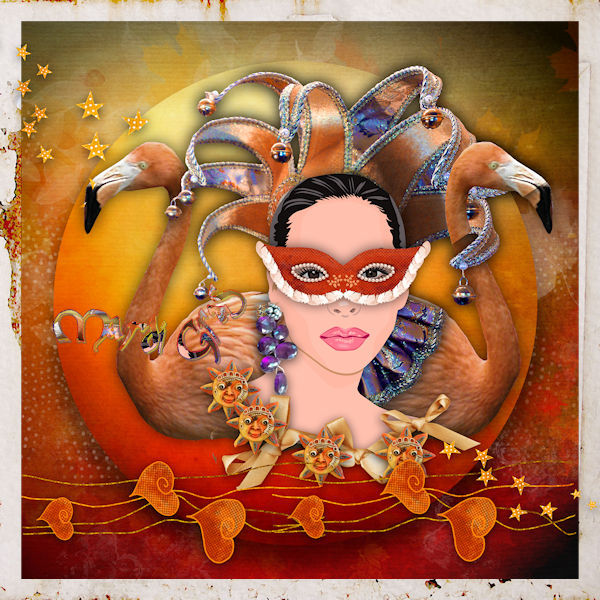 Thank you for the challenge!
I was inspired by 1) Spring (flowers and colors), 2) World Water day (turquoise brush), 3) Carnival (art doll) 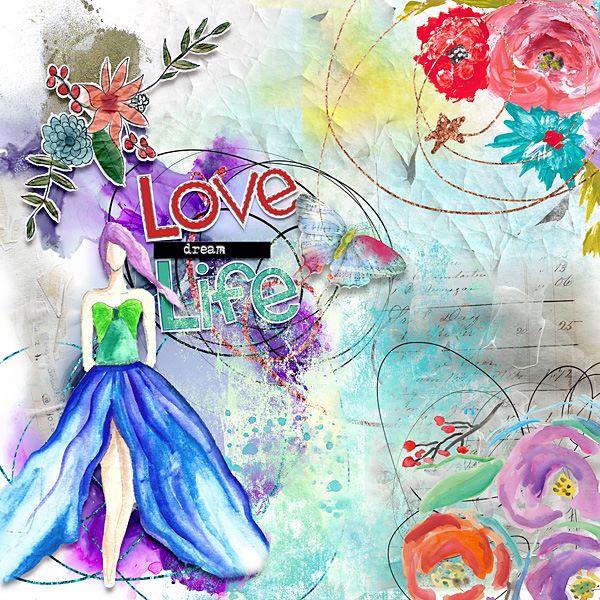 so much color here and great brush work and texture 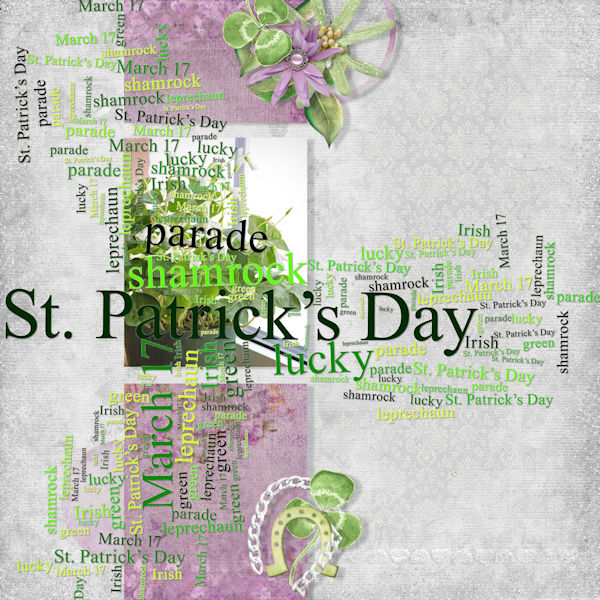 Thank you Evelyn for hosting the challenge this month. My inspiration came from the dark colours, the metal of the horseshoe and the opposite of celebrations and festivals We have had a very sad week here where a young girl in my daughters college was brutally stabbed and killed for no reason but sadly this is not a rarity.....this is now a common occurrence here. So much so T
he Knife Angel, a national monument against violence and aggression was created and aims to show the impact knife crime has on peopleâ€™s lives. The 27-foot sculpture is made up of more than 100,000 weapons confiscated from 43 police forces across the country and was created by artist Alfie Bradley at the British Ironwork Centre in Oswestry, Shropshire. Chairman of the centre, Clive Knowles, launched the Surrender your knife Save a Life campaign, using weapons handed in or seized by police across the UK to create the piece of art. It took over a year to build the Knife Angel after permission was granted by the Home Office to collect the knives. Currently in Hull, the sculpture will travel to the Midlands this month and will remain in Coventry â€“ the city of peace and reconciliation â€“ until after Easter. ​
Mr Knowles has appealed in a letter that has been sent to every cathedral in the UK to follow Liverpool, Hull and Coventryâ€™s lead and host the sculpture. He said it was important that the angel goes to the most troubled cities where knife crime has been a particular problem. He added: â€œIt deliberately displays an expression of confusion. It is perplexed about why there is so much violence and why we are all hurting each other. We hope it will ignite debate and conversations between government, police forces and educational bodies.â€​ 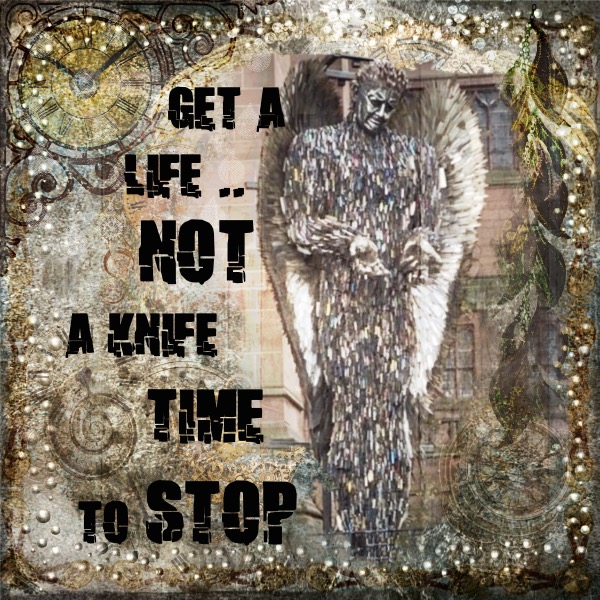 Thank you Evelyn, my inspiration came from World Wildlife Day, the flowers and the colour green 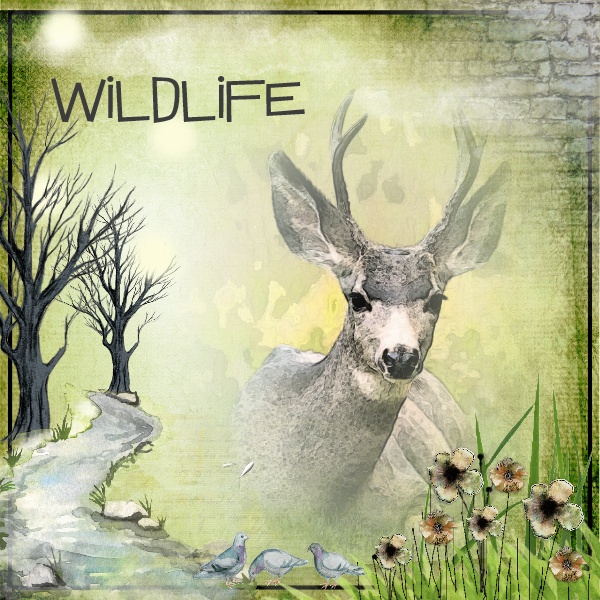